Based on the Employment Agency report in Germany the number of severely disabled employees as evidenced by the notification procedure under SGB IX has risen significantly in recent years. From 2007 to 2015, this number increased by 224,000 to 1.03 million.

The average employment rate of severely disabled people has not changed in recent years. For 2015, the notification rate was 4.7 percent. For public employers, it was 6.6 percent for the fourth year in a row. The highest employment rates, in turn, reached the federal authorities with 10 percent. Among private employers, the employment rate was 4.1 percent. Although they did not meet the statutory quota of 5 percent, they were able to repeat the good result of 2014.

According to Encuesta de Población Activa, (investigation about active population) in Spain, the employability of people with disabilities is increasing.

In 2016, the activity rate of people with disabilities stood at nearly 36%. This good performance is the result of a set of measures adopted to promote the employment of workers with disabilities, which include those aimed at encouraging ordinary employment.  The measures are created well through incentives such as subsidies, bonuses and reductions in contribution quotas as well as through the establishment of a company – quota of employment of Special Needs people. 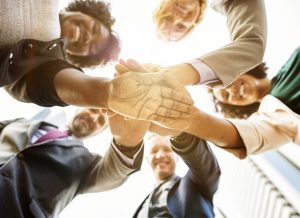 The Finnish number is based on various registered data whereas the EU-SILC rate is based on survey. The Finnish estimates also includes only work with paid salary so the estimate does not include work practice or work like activities without salary. According to a study by Kehitysvammaliitto (Finnish Association on Intellectual and Developmental Disabilities FAIDD), there are 25000 working age mentally disabled people in Finland.

In Italy, the data of the employment service of Asti (CPI) state that only 155 out of 926 job placements managed by the CPI in Asti – from 2016 up to the present date – involve psychic disabled people (17%).  (employment contracts and training. In this group 46 people (30%) are involved in the guiding and support activities provided by the “Agenzia Piemonte Lavoro “(regional employment service) called “Gruppi di Parola” (Word Groups).

The number of psychic disabled people recorded at the CPI of Asti increases from 357 to 420, from 2009 to 2015. The average percentage of the finalized employments in such period is 5%, out of the total number of enrolled SN people at CPI, while the average of people taking part to the “Gruppi di Parola“ (guidance service) is 29% out of the total employed people. 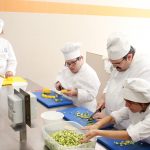 Integration in the labour market as an element of valueNews
We use cookies to ensure that we give you the best experience on our website. If you continue to use this site we will assume that you are happy with it.OkPrivacy policy